We are the Stockton & Darlington Railway Company and our web site is The Railway Station. The original Stockton & Darlington Railway Company created the first modern day rail network with a 26 mile long main line and branch lines. It was designed to be locomotive powered and then to help ensure a supply of locomotives, Company members also founded Robert Stephenson & Co in Newcastle to build them. The railway was available for the public to use for passenger travel or for transporting goods and freight from its official opening on the 27th September 1825. That was the start of the modern day railway network that spread across the world.

The Stockton & Darlington Railway (S&DR for short) was amalgamated with the North Eastern Railway (NER) in 1863 and soon ceased to function as an independent railway operator.

Featured snippet: What is the definition of a railway? A railway is essentially a transport system in which a vehicle is guided by a purpose-built track from which it cannot leave. The first examples of such a simple transportation system actually date back to 600 B.C in Ancient Greece! However the modern railway system is a permanent piece of transport infrastructure consisting of rails forming mainlines and branch lines over substantial areas. To be credited as the start of the  modern railway, an historic railway should have been available for anyone to use, transport any merchandise or passengers, and be locomotive powered. It also has to have been technically and financially successful and lead to many of the things we associate with railway transport today such as railway timetables, stations with waiting facilities and baggage allowances. The starting point for the modern railway was therefore the Stockton & Darlington Railway.

We refounded the S&DR not to run railways (that’s far too difficult!) but to celebrate the innovation and pioneering spirit that led to this railway being opened and run when nobody had ever run a public railway before. These people had vision and sought to overcome major obstacles to realise that vision.

We are heritage consultants who specialise in the growth of the early railways and we created this extremely tasteful online gift shop in response to the many people who said there was nothing different they could buy that celebrated our railway heritage. We also want to help people celebrate their heritage while using it to generate jobs and high quality sustainable products. So the majority of our products are UK made by craftspeople who have been inspired by our early steam railways and how they got the world on track!

Our products all celebrate those early pioneering days of the railway. Many of them celebrate the Stockton & Darlington Railway in particular, but soon our shelves will be stocked with beautiful items that will celebrate many of the other early railways and the wider industrial heritage of Great Britain.

Read about our mission by clicking here

Many of our items are designed just for us and made in the UK. Those that relate to the S&DR will be delivered to you along with a S&DR certificate of authenticity often with additional information about your gift and how it was inspired by our industrial past. Each gift is lovingly wrapped before being posted to you in sustainable packaging.

A number of our products are inspired by the S&DR’s first engineer and locomotive superintendent Timothy Hackworth. Timothy was a decent bloke, much respected and very modest, but the truth is he kept that railway on track from 1825 by rebuilding and reworking the somewhat dodgy locomotives coming out of Robert Stephenson & Co. We have been granted permission to use the Hackworth family archive to inspire a range of gifts that celebrate Timothy’s life and works. If you order one of these it will be accompanied by a certificate showing that it has been approved by Hackworth’s Great Great Granddaughter Jane Hackworth-Young.

Finally, a percentage of our profits are fed back to the charity, the Friends of the Stockton & Darlington Railway. The Friends are conserving the surviving remains of the S&DR, helping to provide access along its route and raising the profile of the railway that got the world on track. So, by 2025, when it will have been 200 years since the launch of the first Stockton & Darlington Railway, we will all be celebrating and hope you will join us in the fun. You can start by exploring the beautiful gifts we have made for you and when you buy something, you will be supporting the conservation of world class heritage.

Read more about the Friends of the Stockton & Darlington Railway by clicking here. This will take you to their website. 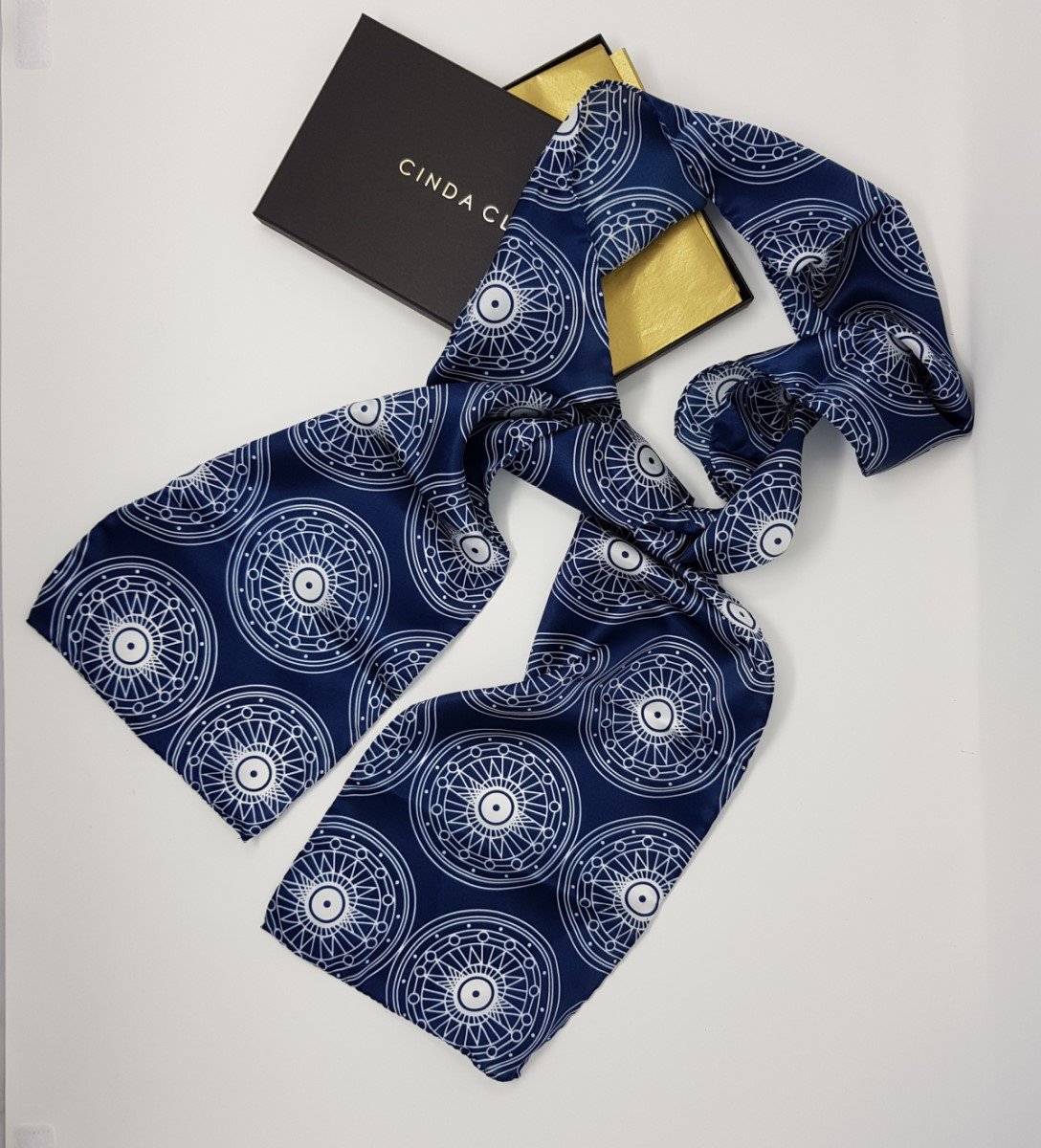 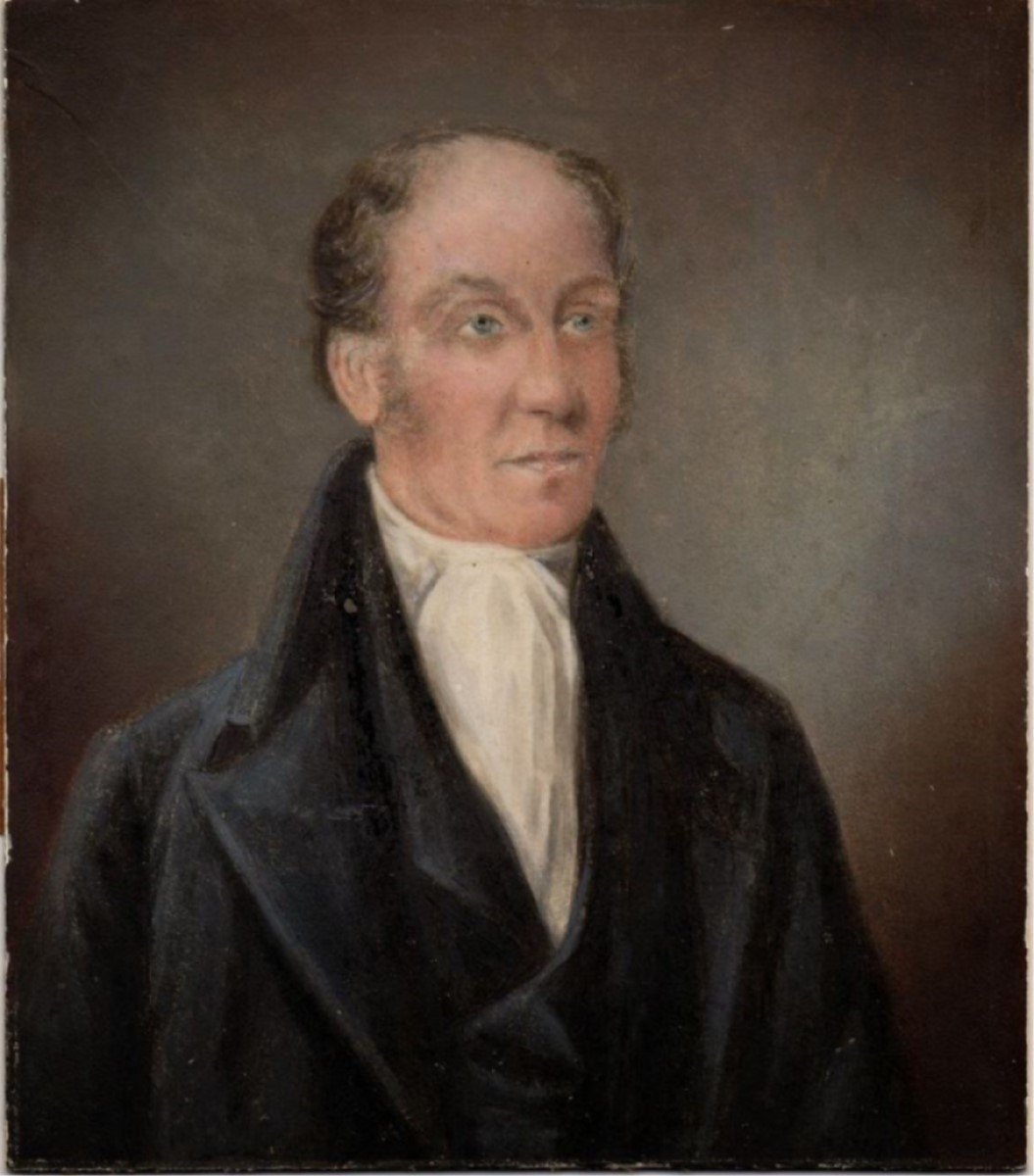 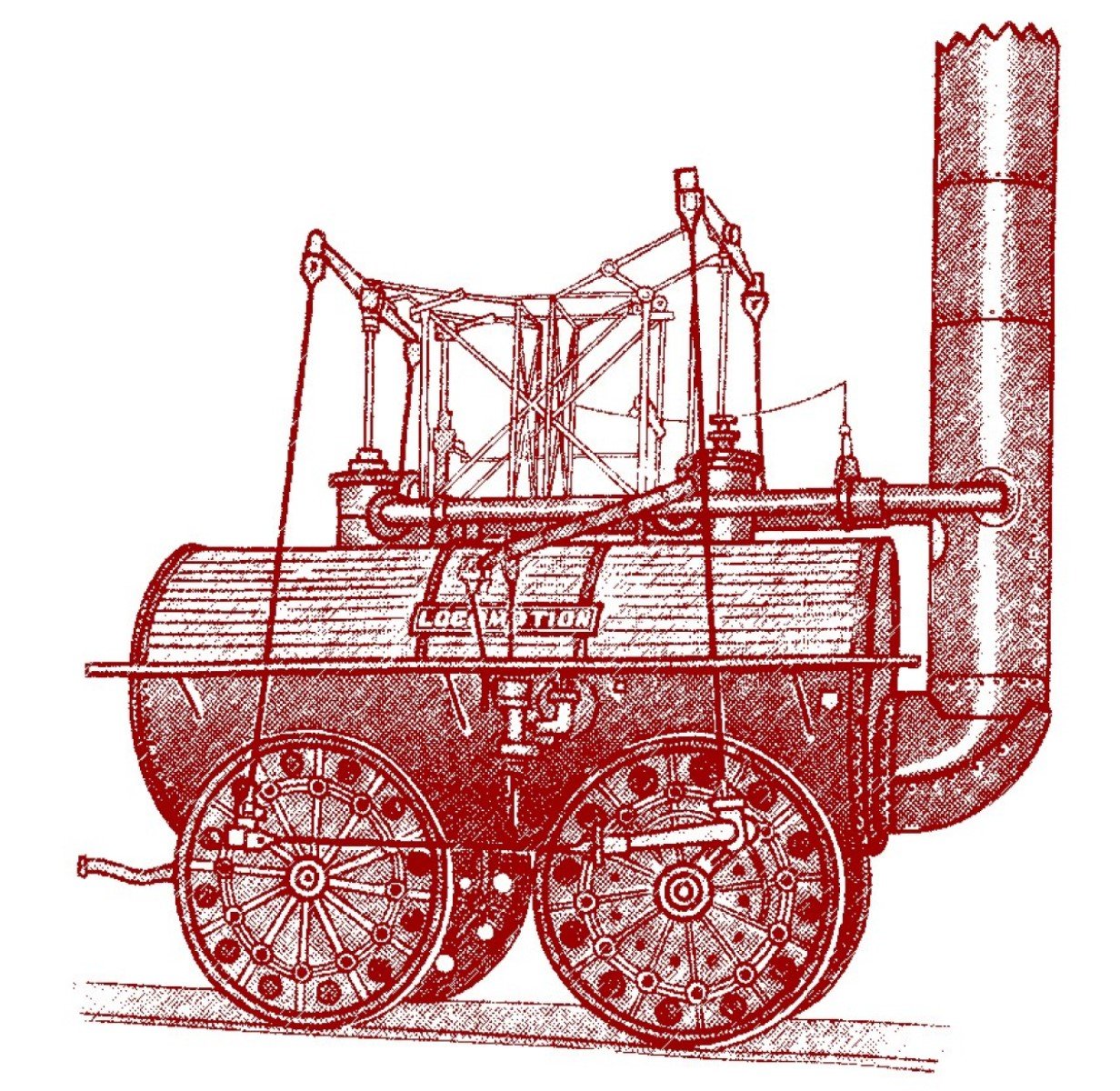 Our Environmental Approach to Packaging and Production

As a new business we are trying to be as environmentally friendly as possible at the outset. We have devoted a lot of time to getting our packaging as sustainable as possible. We try to ensure that our packaging is either recyclable, reusable or compostable.

We have two kinds of packaging. First there is the packaging designed to contain and enhance your purchase. Most of our products will arrive in either a recyclable/ reusable kraft box or a cotton or hessian bag. Some products have polyethene wrappers (such as greetings cards) because they have either come from the supplier like that, we have found no alternative yet, or it is in fact a compostable cellulose. We are working with our suppliers to improve where polythene or plastics are used.

The second type of packaging is designed to protect your purchase while it is in the post. Most of our packaging is recyclable cardboard, but we also need to fill gaps in boxes with protective materials. We use wood wool or similar which can be composted. We also reuse packaging that has been sent to us so you might find bubble wrap, foam fillers or foam protective slips but so far we haven’t bought it – we reuse it. We do use brown paper as a protective cover or crushed to fill gaps in packaging and this can be recycled or reused. We have bought polythene wrappers which are for particularly awkward shaped products that must be kept watertight (large framed prints). We will continue to source alternatives to this and use it sparingly.

When we work with designers to produce bespoke products for the Railway Station, we check that the materials used are sustainable. So, all products made of timber are sustainably sourced and FSC graded. We have refused to stock foodstuffs that contain palm oil and our toiletries only use sustainable palm oil and even that is due to be replaced shortly. The majority of our suppliers are small family firms and like us they are keen to keep their carbon footprint as small as possible and continually look at ways of doing this. 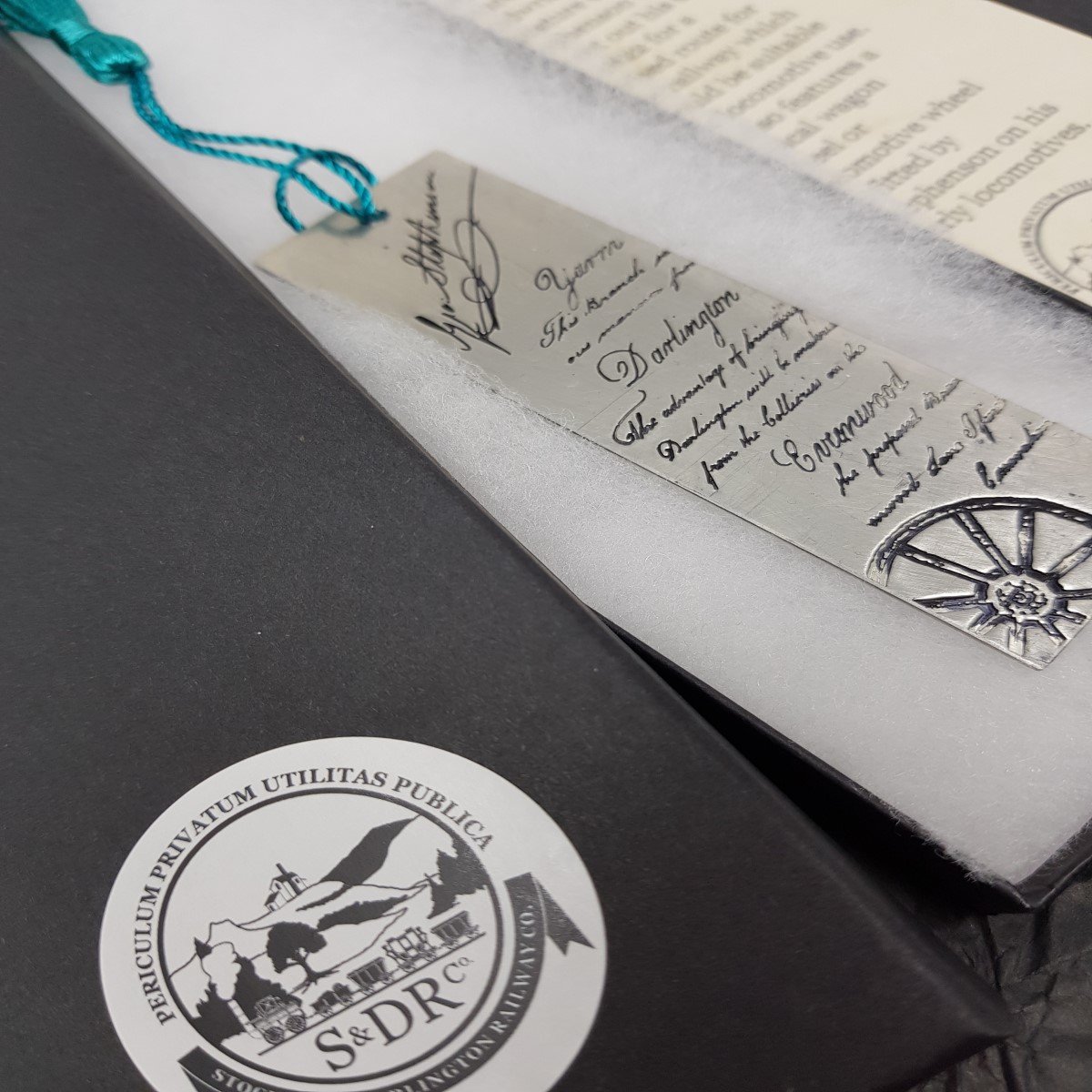 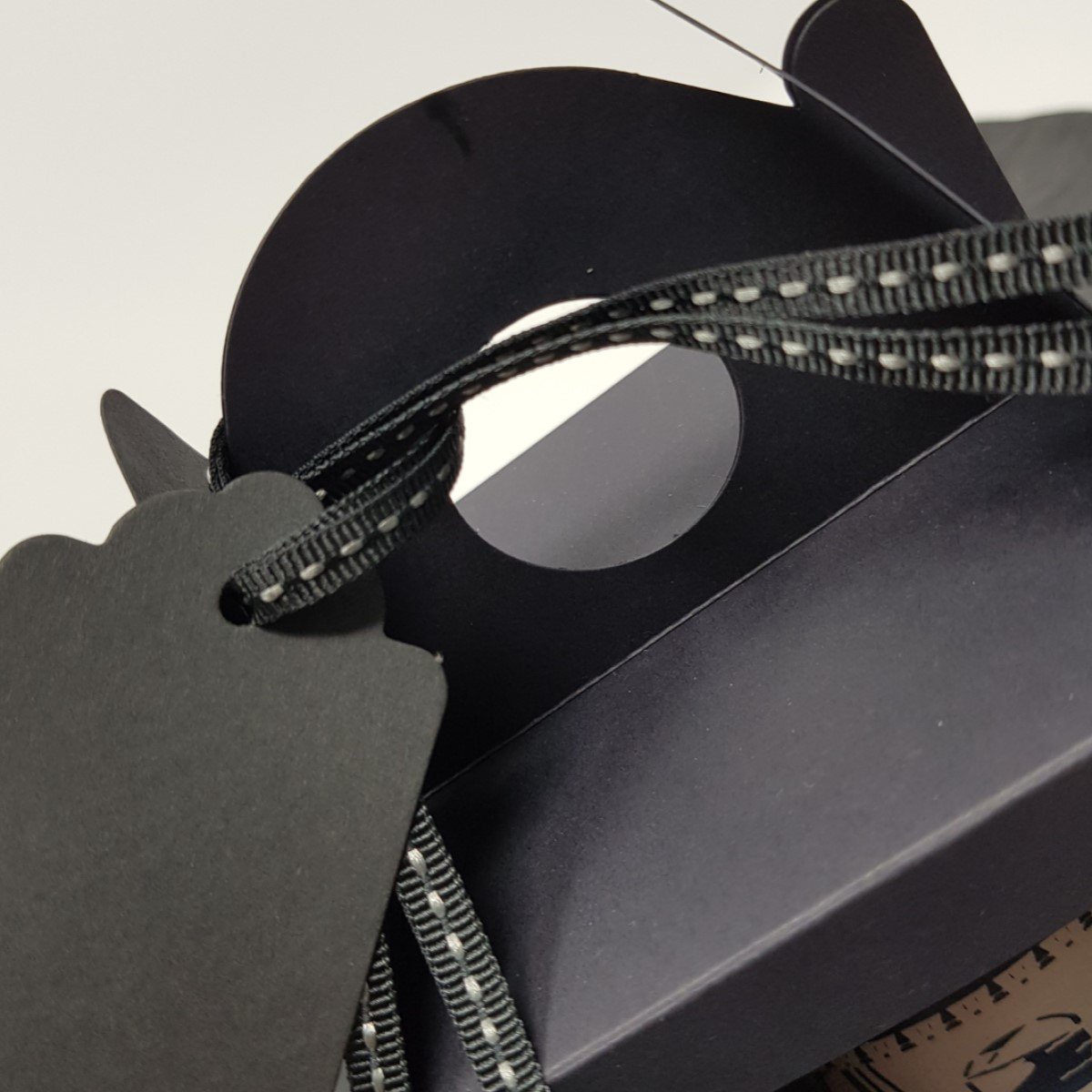 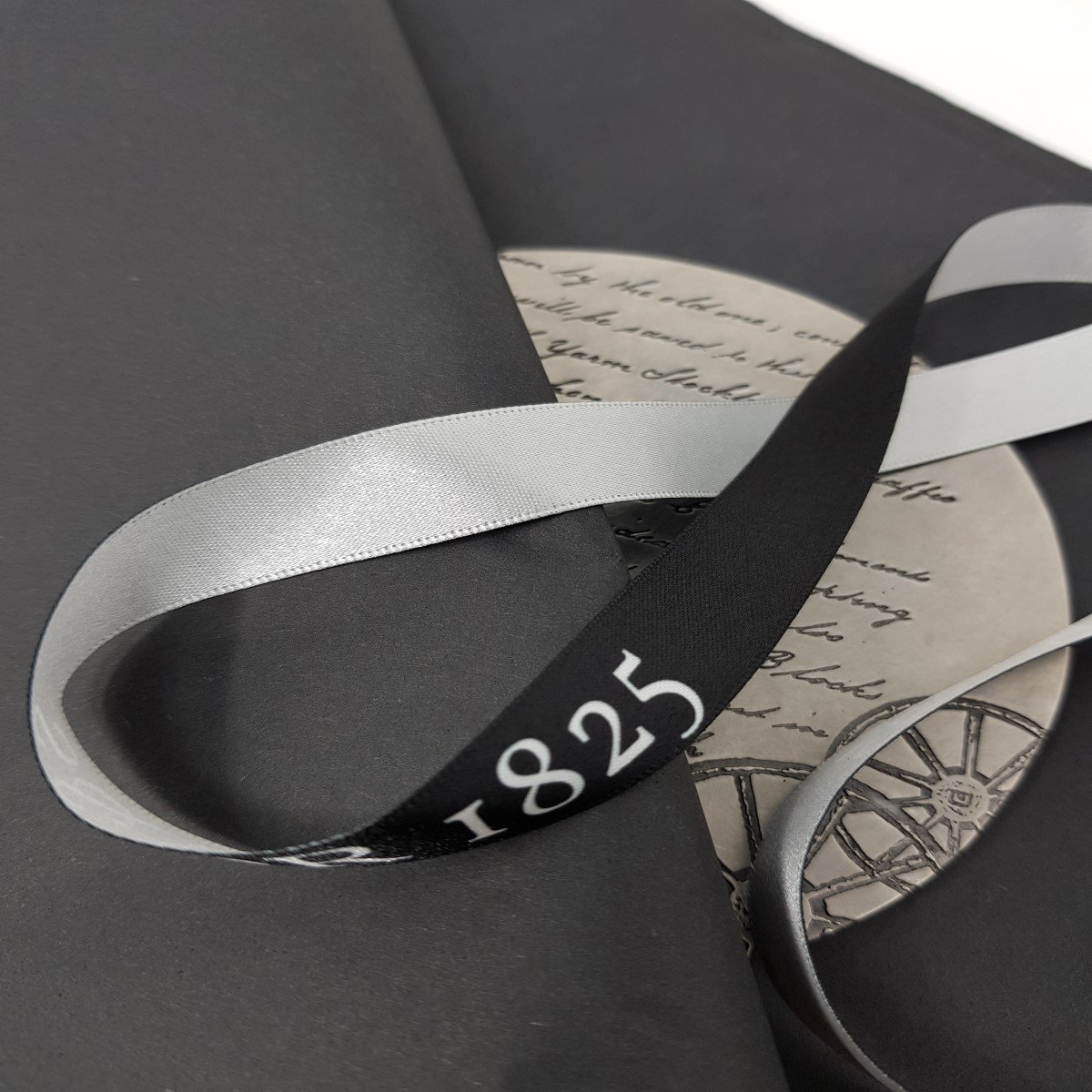 Please do keep visiting our web site; our range is growing all the time and soon we will be stocking more chuffing good gifts from the country that led the Industrial Revolution.

Choo choo from everyone at The Railway Station!

Friends of the S&DR