Celebrating the Railway that got the World on Track! 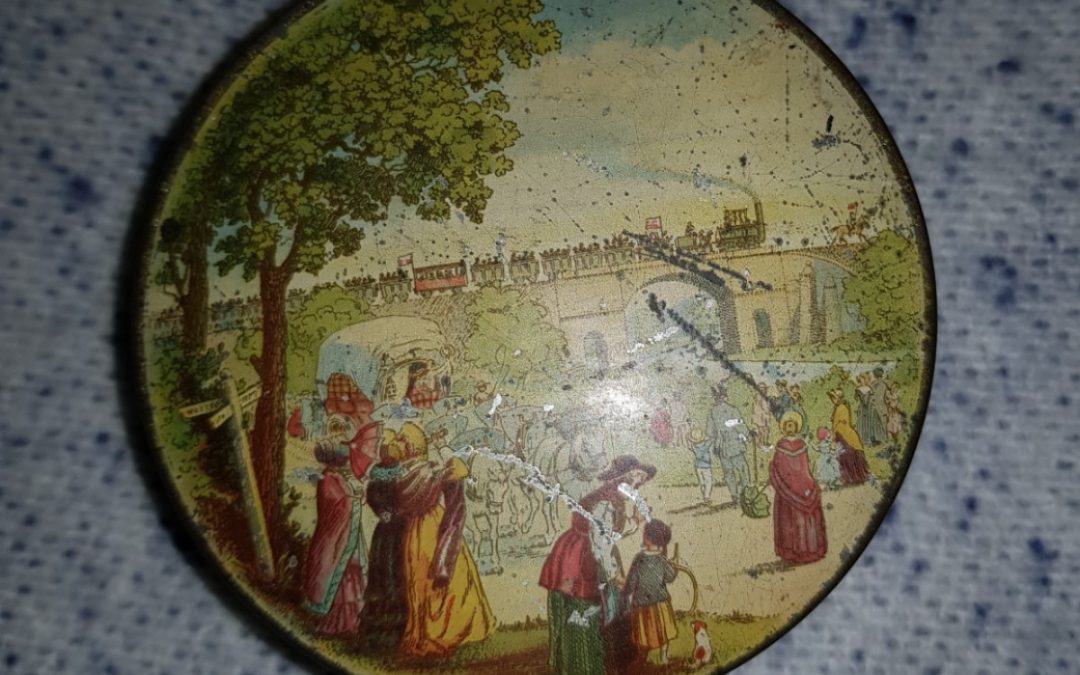 Since the opening of the Stockton & Darlington Railway in 1825, celebrations have been held every 50 or 100 years. On each occasion, people gather from across the world to celebrate the start of the modern railway. In 1925 the celebrations were attended by HRH the Duke and Duchess of York. A film was commissioned by the London and North Eastern Railway from Debenhams of York to record the proceedings, making this film record a candidate for one of the earliest films sponsored by a railway company. This version is complete with its original tints, meaning that for the first time in decades the film can be seen as Debenhams had originally intended. You can see the film here:

On each celebratory event, souvenirs and memorabilia have been made to celebrate the S&DR and the people who made it happen. In 1875, commemorative plates and cups were made; in 1925 the souvenirs included tins of sweets, commemorative medals, mugs and tea cups and saucers (featuring Locomotion No.1, George Stephenson or Timothy Hackworth). By 1975 products ranged from piggy banks, to mugs and plates, and even tins of steam! We are already designing and making new products for 2025, but hope to revive some of the better ones from 1925 too – the tin of sweets complete with a tailored version of Dobbins painting of the opening of the S&DR at Skerne Bridge has already been re-designed ready for production once again.