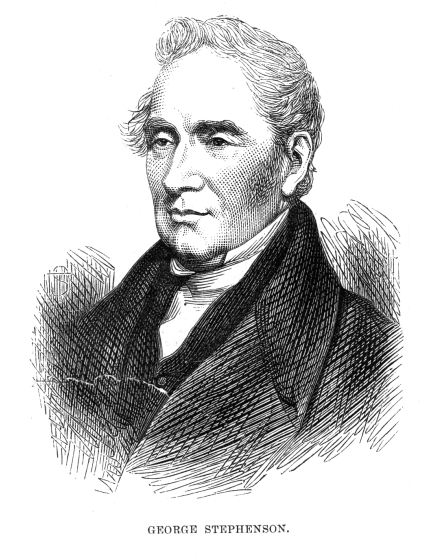 Two hundred years ago today (13th May 1822), construction work started on the Stockton & Darlington Railway under the supervision of George Stephenson (Holmes 1975, 8). By the 21st May, Stephenson was able to write to the S&DR Committee with an update on progress….’we are getting on as well as I expected, but the dryness of the season, and the strong nature of the clay in the cuttings, have greatly dampened the spirits of the undertakers; in consequence of which, I thought it prudent to advance the price a penny per yard more than their bargains, which is still below my estimate…. There is now about 2 miles ready for laying down the road – indeed, I think the labourers already employed are getting faster than Mr Steel and Mr Dixon can have the ground ready for them. There must be no time lost in buying ground after it is measured.’ (Jeans 1875, 46-7).

The construction works had started at the east end of the line because this was relatively level. An Act of Parliament had already been obtained for this stretch of line as designed by George Overton in 1821 so the permissions were in place. When Stephenson was employed to resurvey the line and see if a better route might be found, he made few changes at this east end; indeed on the stretch between Oak Tree and Stockton, he said in his report to the S&DR Committee on the 18 January 1822 ‘this seems to be as beautiful a line as could have been chosen’…words we have since used on one of our designer S&DR mugs.

The task ahead was immense, and the job would get much more difficult west of Darlington. Soon a brief ceremony of the laying of the first rail would take place at St. John’s Well in Stockton on the 23rd May 1822. A year later the second bill would receive Royal Assent for Stephenson’s modifications to the original proposed route and works could commence at the west end. And in no time at all, it would be the opening of the railway that got the world on track on the 27th September 1825.

We celebrate the engineering genius of George (and his son Robert) Stephenson in our Stephenson Collection – do have  a browse and treat yourself or a fellow genius.