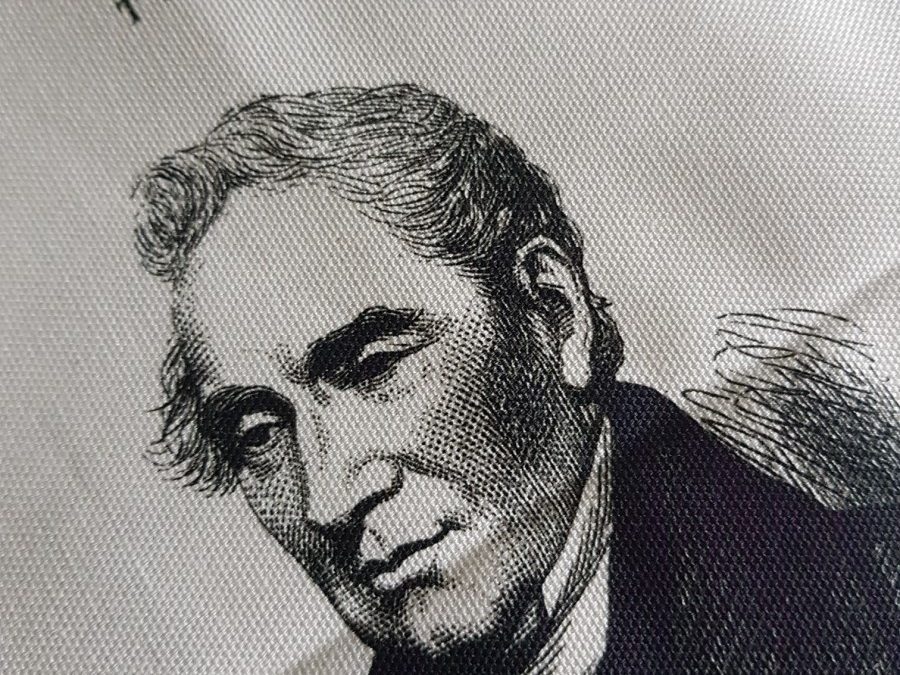 George Stephenson was born in the village of Wylam in Northumberland and brought up in a tiny cottage shared with other families. His parents, who could not read or write, couldn’t afford to send him to school and so he worked as a colliery brakesman. He had also earned a living cobbling shoes and over the years built up an expertise in embroidery, necessitated by mending clothing! Realising he must learn to read and write to get on in life, he attended night school at the age of 18. In 1811 Stephenson offered to improve the failing pumping engine at High Pit. He did so with such success that he was promoted to engine wright and became an expert in steam-driven machinery. From designing the Hetton Colliery Railway (opened in 1822) and several locomotives at Killingworth, his engineering skills became renowned and reached the ears of Edward Pease of Darlington. Stephenson believed that the proposed Stockton & Darlington Railway could be much improved if locomotives were used instead of horses. Pease appointed Stephenson as the surveyor to the S&DR in 1822 and later as its Chief Engineer.

“The more we see of Stephenson…the more we are pleased with him…he is altogether a self-taught genius…there is such a scale of sound ability.’ (Written by Edward Pease to Thomas Richardson on 10 October 1821 after Stephenson’s appointment as engineer to the S&DR (Kirby 1993, 45))

Routes that George went on to survey and structures that he designed on the S&DR and other places all around the country are still in use today. His vision of a standard gauge, locomotive hauled railway, the ‘Stephenson Model’, went on to be adopted around the world.

We celebrate George Stephenson and his son Robert with our Stephenson Collection which you can find here.