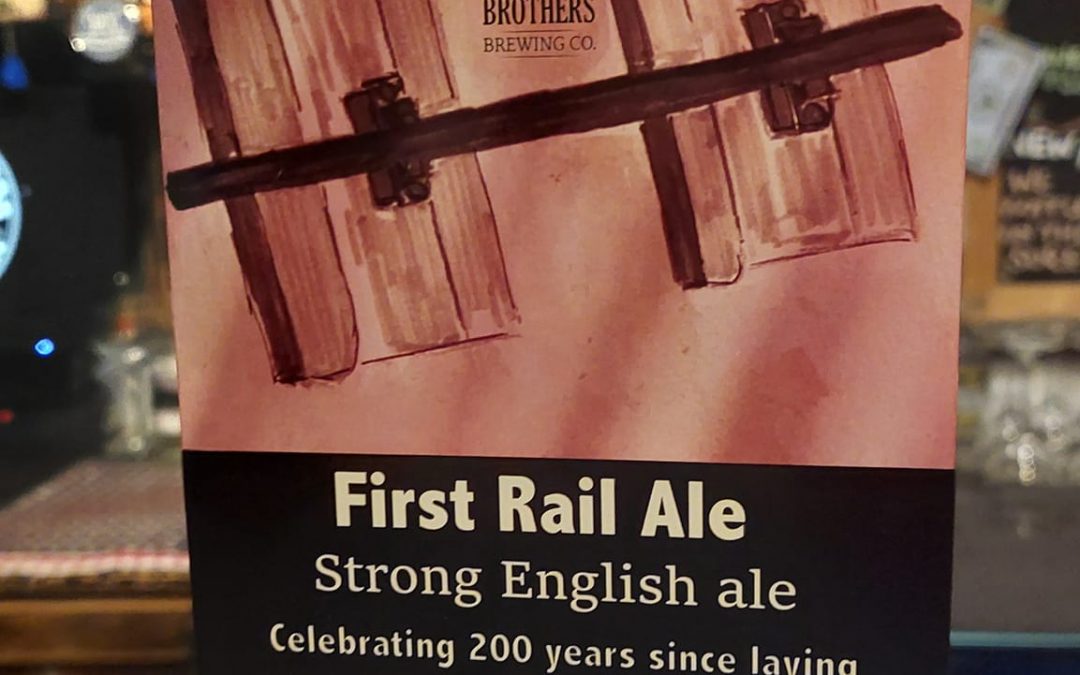 On the 23rd May 1822, 200 years ago today, the first rail was ceremonially laid for the S&DR at St. John’s Well in Stockton. It was put in place by Thomas Meynell Esq., who lived at the Friarage in Yarm. He was Chairman of the S&DR Company and led a local band who would provide the musical accompaniment at a number of opening ceremonies.

While Meynell laid the rail at St. John’s, a cannon was fired in celebration in a neighbouring field and Mr Meynell’s Yarm band struck up the National Anthem, ‘God Save the King’. The locals may have expected a speech to be delivered by Mr Meynell, but none was forthcoming. A lad with a bright future, then sold what he claimed was a copy of Meynell’s speech. Purchasers were surprised to find they had been sold a blank sheet of paper.

As was traditional on such occasions, a grand procession followed, a sumptuous dinner in the Town House, while some of the navvies who were building the railway were given money for ‘beer and bread’ to be spent in the town’s taverns that evening.

Look out today for a small gathering of Friends of the S&DR who, accompanied by a fish belly rail, will commemorate this momentous event. And later, why not visit the ARC Arts Centre in Stockton at 6.30pm and watch the premier of a short animated film, made by a brilliant group of local people, which tells the story of what happened in Stockton that day – bringing to life the people who were there.

And after, nip into the Golden Smog, Wasp’s Nest and/or Hope & Union in Stockton, or the Half Moon and House of Hops in Darlington for a glass of a very limited run of First Rail Ale. At 5.8% you might need lying down yourself.