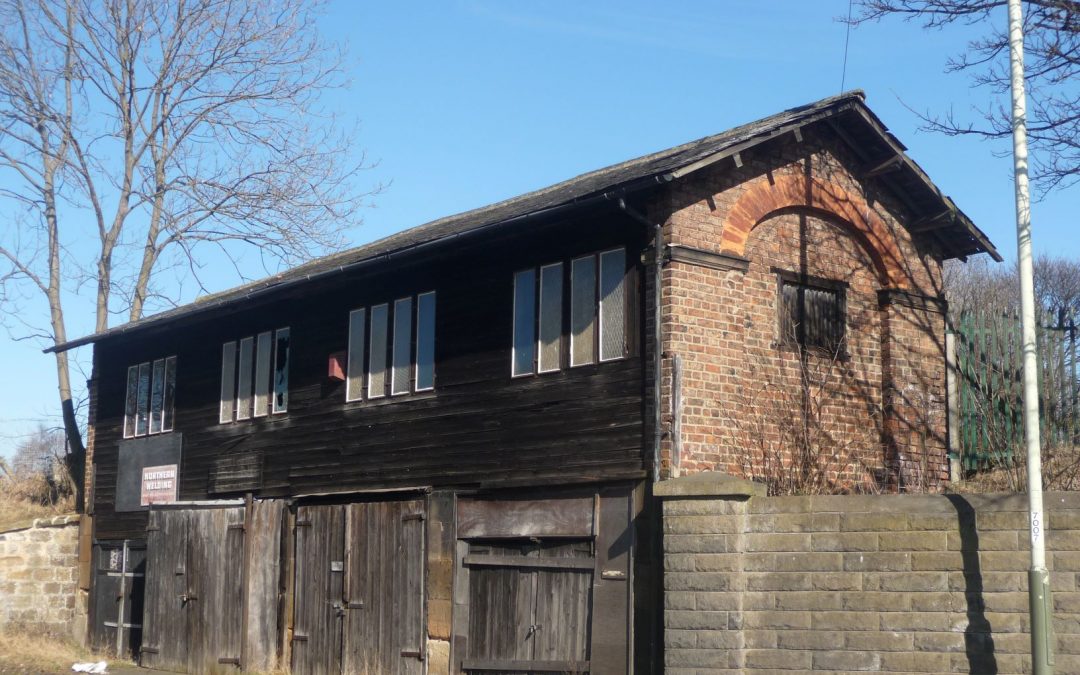 Ambitious plans for the creation of a Rail Heritage Quarter centred around the Stockton & Darlington Railway (S&DR) have taken another important step forward.

A bid for more than £2.8million of funding from The National Lottery Heritage Fund has successfully passed the first stage, with initial support of £52,000 granted thanks to National Lottery players. The award will allow partners to move on to the development phase of the project in preparation for a round two application.

It forms a key part of £30million plans to create an internationally renowned visitor attraction ready for the celebrations to mark the 200th anniversary of the S&DR in 2025, with £20million of funding from the Tees Valley Mayor and Combined Authority.

The project will include the restoration of the Head of Steam museum, the 1861 shed, the goods shed, carriage works and lime cells as well as the creation of a new car park, access route and, in partnership with Network Rail, restoration and improved access to Skerne Bridge, the world’s oldest operating railway bridge.

Dedicated staff, based in the lime cells with the Friends, will deliver activities and work with communities along the route, building on the work already carried out by Friends of the S&DR and supporting the group’s aim of becoming the line’s custodians.

Of these buildings due for restoration, the Lime Depot or Lime Cells, is less well known than many of the other railway related buildings in the Railway triangle at Darlington, perhaps because it is a little later in date and perhaps because it is an unassuming looking building that does little to enhance its prominent street fronted position in its current boarded up state. So, let’s take a closer look at the Lime Cells in Darlington….

The Lime Depot, sometimes called the Lime Cells stands within the Darlington North Road Conservation Area on Hopetown Lane; you can see it as you drive towards the Head of Steam Museum.

What happened before it was built?

The construction of the Hopetown Lime Depot on the Darlington branch line followed the provision of a series of coal and lime depots from 1825 onwards at various points along the S&DR main line. Such depots were opened at Darlington, Eaglescliffe/Yarm, Heighington/Aycliffe Lane and Stockton (all opening in phases from 1825 until 1826), Shildon (c.1827), Croft Bridge (1829), Fighting Cocks (c.1830), and West Hartburn (date unknown). Others were added throughout the 1830s as the domestic market for coal and lime grew and the railway extended.

The original Darlington depot of 1825 was located at the terminus of the Darlington branch, a modest line of only 0.8km (½ mile). The branch line approached the depot at a high level, crossing the lane that went between Darlington and Whessoe, known as Whessoe Lane (now Hopetown Lane). The ground levels naturally dropped from here towards the Cocker Beck; this height difference was an essential part of unloading the coal and lime from the waggons on the raised trackbed into the cells at a lower level.[i] The layout of the coal and lime depots in Darlington, Stockton and Yarm were to provide a template for depots elsewhere [ii] and almost certainly informed the layout of the later lime depot on Hopetown Lane.

It was against this background of trackbed delivery over street-level cells established since 1825 on the railway that the new Lime Depot on Hopetown Lane was designed and built sometime between 1840 and 1847. On purely practical terms the new depot had to be two storeys to accommodate the difference in height from trackbed to street level and it had to have a roof to keep the lime dry and be located as close as possible to where the lime was required.

The Need for Lime

Lime was heavily used in agriculture, the building industry and manufacturing in this period. Lime was added to soil to control its acidity, make the soil lighter to work with and increase its productivity.

The S&DR mainline was always anticipated to carry significant quantities of lime as well as coal. Initially the advantages of transporting lime were focussed on agricultural improvement purposes. John Grimshaw, who was commissioned in 1818 to prepare an independent report on the pros and cons of canal versus railway, outlined the advantages to the landowner who would benefit by their tenants getting lime and manure conveyed more easily at a fifth of the cost. So, the S&DR’s depots would certainly have been designed to accept lime, although initial estimates accepted that coal was the main resource with 80,000 tons anticipated passing down the line annually compared to ‘at least 15,000 tons’ of lime. [iii]

So how did it work?

Lime was brought in on hopper waggons through the north-west gable end arch at first-floor level. Allowing for the violently reactive nature between quick lime and water, the lime must have had some sort of covering on the waggons to protect it from rain. This presumably consisted of a tarpaulin (tarred canvas) tied over the top.

As the rail spur entered the building, it was supported on two 6 inch (152mm) wide waybeams running the length of the interiors. The space between the beams was originally open but on either side, timber flooring created working platforms for the lime attendants who had the job of manoeuvring the waggon(s) into position and releasing their trapdoors so that the lime could fall through into the four cells below. The lime could then be collected from the street and a wide yard area in front of the building allowed horse drawn carts to be manoeuvred into position. This survives as a wide pavement.

What historic features does the building still have?

The building has a number of original architectural features which have survived since its used as a lime depot. They include the roof structure, the original brick walls with stone detailing to the front, rear and the gable ends. Internally original or very early features include the dividing walls which create the cells at ground floor level, the lime attendant’s platforms and waybeams supported on stone pads, the timber framework to the front elevation and the cast iron columns with lily leaf decoration on the upper floor.

Louvres at first floor level would have provided ventilation and light and protected the lime from the elements.  Evidence of the individual louvre shutters can still be seen on some of the uprights as shadows marking the position of individual slats.

The cells originally had cobbled flooring, although this can now be seen only in one cell where the later concrete floor has been cut away. It must have been difficult shovelling lime from the floor into waiting carts or sacks from an uneven cobbled floor. Some fixings to the ground floor ceilings suggest that hoists were also used.

The use of the building as a lime depot must have been relatively short-lived. By the time of the publication of the OS 2nd edition map revised in 1896, the railway spur no longer ran into the building. Presumably by this time the building had been put to alternative uses.

By the mid-20th century, the lime depot was used as a welder’s shop (Northern Welding Service, owned by Johnnie Galloway), but parts were also rented out at various times, as a blacksmith’s and the lower levels of at least one cell used for storage and another as a garage.  While it was a welder’s shop, iron gates were hung outside the front elevation to show off the business’s wares.

The former Lime Depot was listed grade II for its architectural and historic interest in 2006.  In 2011 it was the subject of a planning and listed building consent application for conversion into a day care centre. Although the necessary consents were granted, the works never took place and the permissions expired. The building has been vacant ever since and is now boarded up to prevent vandalism.

So we are looking forward to working with Darlington Borough Council and the Friends to take the lime cells into their new life as offices which will preserve the original features and will make provision for members of the public to visit inside the buildings – something that has not been possible for a very long time. It should also benefit the views from the street which will now be of a cared for railway heritage asset. If you want to read more about the lime cells, you can read our full report here funded by Historic England as part of the S&DR Heritage Action Zone delivery plan.

[i] This is now called Station Road but prior to the railway, was called Whessoe Lane