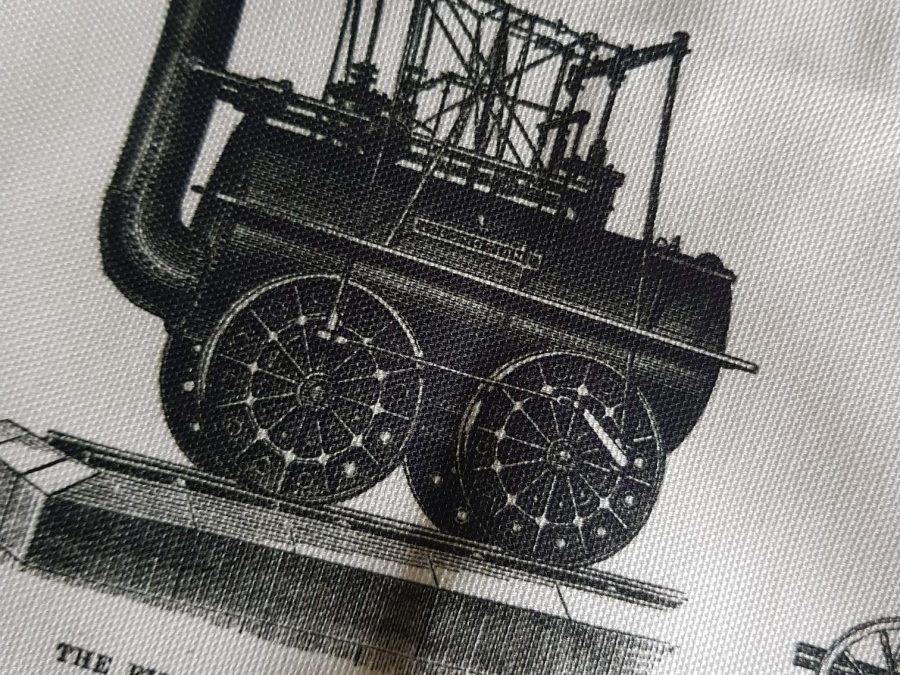 In 1857, the S&DR Company decided that Locomotion No.1 should be placed on a pedestal outside North Road station. Ceremonies were organised by Thomas MacNay and invitations issued. The foundation stone was laid for the stone pedestal on the 6th June. This is the wording of the invitations sent out (TNA RAIL 667/400):

The Directors have it in contemplation to erect a suitable Pedestal, &c at Darlington upon which to place the Old Locomotive Engine No.1, as a memento of the past, and they think the laying of the Foundation Stone a fitting time to give an Entertainment to the Company’s Agents in the several departments, as far as they can be dispensed with from their duties. On the list furnished of those likely to be able to attend, is your name, and this is to inform you that the day fixed for the occasion is Saturday the 6th of June. The following will be the order of proceeding, at which it is hoped you will be present.

At one o’clock the foundation stone will be laid by Edward Pease Esq.

At two o’clock the “Agents” Dinner will be ready at the Sun Inn, Darlington.

After which the Agents will / through the kindness of H. Pease, Esq M.P/ have the liberty to visit the Grounds &c at Pierremont.

Trains for East and West will leave Darlington Station in the Evening.

N.B. A Ticket will be forwarded to you on application to this office which will admit to the grounds and to the dinner.

The image of Locomotion No.1 above is taken from our S&DR tea towel which in turn is taken from the celebratory 1875 edition of the Illustrated London News.