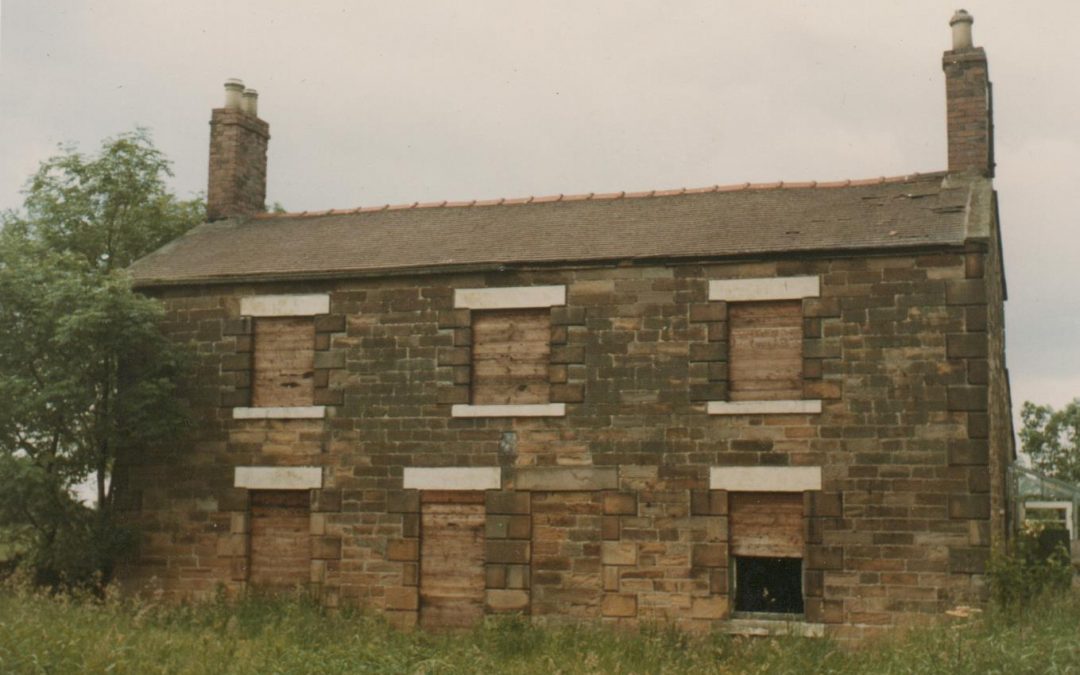 At 8 o’clock in the morning on the 20th February 1843, the engine man for the Stockton & Darlington Railway’s Etherley Incline, John Greener, fell from his ladder under one of the beams of the engine which was operating at the time. He was killed instantly. He was buried with his wife Elizabeth who had died in 1833, in St. Helen’s churchyard at St. Helen Auckland.

The S&DR had probably been thinking about closing the incline down for some time because the opening of the Prince of Wales Tunnel (the Shildon Tunnel) the year before provided a quicker rail route from Shildon to Bishop Auckland and beyond, thus rendering the incline redundant. It is likely that John Greener’s death was the final blow to the working life of the incline.

John who had earlier lived in Long Benton near Newcastle, had taken over as engine man from his brother Thomas. Like many others, Thomas was invited down to work on the railway by George Stephenson where he carried out construction works at Etherley including the massive incline embankment which survives today. Prior to the opening of the line, he was employed as engineer to take charge of the stationary engine on the summit of Etherley Incline.

He was renowned for keeping the engine and floors in the engine room clean and polished. The engine became a focus of visits by ladies and gentlemen keen to see it in operation. Perhaps to help explain how it worked, he also constructed a working model of an incline but this could also have been a method of him tracking the movements of the real thing in the dark. He covered the walls of the engine house with paintings and portraits of local characters, often in a cartoon style and not necessarily very flattering.

He lived next door to the engine house with his family and next door to the blacksmith William Earnshaw and his family. Thomas’ wife Mary died in 1827 and Thomas remarried within a year to Thomasine Williamson from Heighington. Around this time Thomas handed in his notice and handed over the role to his brother John. Thomas’ resignation was so that he could follow George Stephenson to survey, under the supervision of John Dixon, the route of the Liverpool & Manchester Railway across Chat Moss. He returned briefly to the S&DR to operate the staithes at the opening of the Middlesbrough branch line in 1830. He later took part in the construction of the Whitby & Pickering Railway which opened in 1836 and then moved to London to work on the London & Blackwall Railway which opened in 1840.

You can find out more about both Greeners including Thomas’ love of writing poetry, in Tom Walker’s book called ‘Three Greeners of Etherley and a model steam engine’. This can be bought from the Friends of the S&DR web site for £10, £5 of which goes to the Friends.

You can still walk along the massive embankments constructed in part by Thomas Greener – to help guide your walk you can either buy the self-guided walk by the Friends on their web site, or download it as a PDF for free.

The harebells that grow on the banks of the Incline were the inspiration for our little glass sun catchers available here.