S&DR Myth Busting. Was the meeting between Pease, Stephenson and Wood in 1821, a barefoot lie? 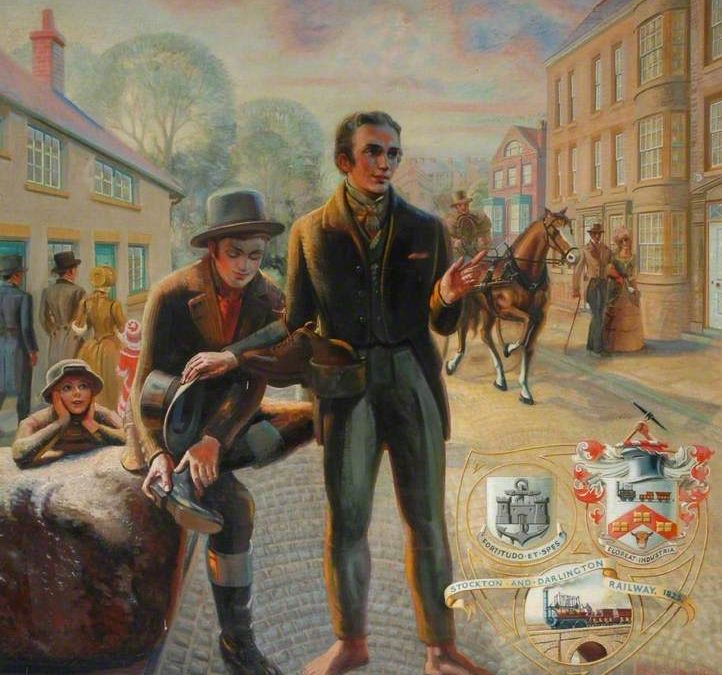 This is a short myth busting discussion with slides of just over 10 minutes, between Caroline Hardie and Niall Hammond both Trustees of the Friends of the Stockton & Darlington Railway. The story goes…..on Thursday 19th April 1821, an important, life changing meeting took place at Pease’s House in Darlington. George Stephenson (with an accent so strong he could barely be understood) and Nicholas Wood unexpectedly arrived at Pease’s house to talk railways and initially they were turned away. Before knocking at the door they either changed or removed their shoes at the Bulmer Stone on the opposite side of the road. Or did they?