The Shildon Railway Institute and its Christmas Fair 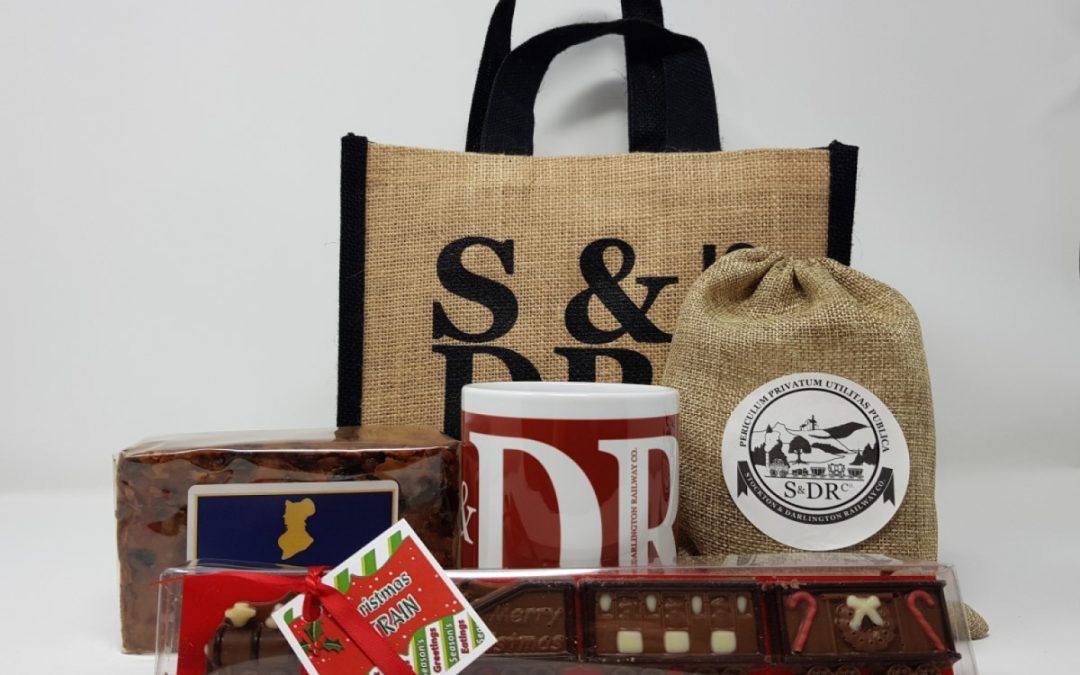 The Railway Institute in Shildon (78 Redworth Road, Shildon, DL4 2JJ) has been in existence since 1833, although the present-day building dates to 1911. The Institute as an organisation is therefore the oldest railway institute in the world. On the 30th November we will be holding a pop up shop at their Christmas Fair from 11.30am to 4pm.

We will be selling many of our products that celebrate the engineering genius of Shildon’s Timothy Hackworth (pewter bookmarks, coasters, prints, greetings cards,), the tradition of the celebratory fruitcake tea of the Institute and of Mrs Hackworth (see the S&DR hamper), the silk scarves and slate cufflinks inspired by Hackworth’s plugwheel and many other Stockton & Darlington Railway gifts designed to celebrate our world class railway heritage. This is a perfect chance to get Christmas sorted while supporting the ‘Stute’.

The town of New Shildon was created by the Stockton & Darlington Railway in 1825 – it was a pivotal point along the mainline where locomotives could take over from rope hauled inclines. It was therefore here that Locomotion No.1 was hitched to waggons brought up from Witton Park by incline for the opening day celebrations on the 27th September 1825, but also here that the S&DR constructed an engine shed (big enough to accommodate two engines) and five houses, one of which would be for Timothy Hackworth and his family – and so New Shildon was born. The Masons’ Arms provided refreshments for locomotive drivers and workers (including stone masons) and soon with the creation of jobs and the need for housing, New Shildon started to grow.

Timothy Hackworth left the employ of the S&DR in 1833 and set up his own works called Soho Works next to the mainline and the branch lines of Black Boy and Surtees. At the same time, he moved to a new house adjacent to the works and this house still stands today as part of the National Railway Museum.

Hackworth believed that a workforce should be well educated and so he met with local worthies in the S&DR in the cellar of the Globe pub and they formed a Mechanics Institute with Hackworth as its first president. This was the start of the Railway Institute which sought to provide facilities “for the promotion of useful knowledge” and also provided amenities to the public such as gardens and allotments. At the heart of the Institute was a reading room, also called a newsroom because this was where newspapers could be found and read – thus encouraging literacy and knowledge amongst the workers. Lectures were organised on a wide range of themes such as geology and astrology and excursions undertaken – all designed to enhance knowledge. Fund raising continuously took place and included fairs, concerts, sporting events, games and teas.

The first reading room may have been the Wesleyan School room, but the need for larger facilities was frequently raised as the collection of books and the members increased. But while the institute instigated the building of wash houses and baths for the community, they didn’t have the funds to build a purpose-built Institute. The Stockton & Darlington Railway Company agreed to the construction of a new building in 1857, but works didn’t start until 1858 and a new building was complete in 1860 on Station Street.

In 1885 the Institute on Station Street was closed to be refurbished and expanded (the building was demolished and is now the site of a rose garden). By then under the ownership of the North Eastern Railway, it was re-opened by Joseph Pease MP. The reading room was enlarged and a billiard room added. The money to do this was provided by the North Eastern Railway, and the labour was provided in the main, by the members. In February of 1911, it was clear that the Institute building on Station Street was worn and tired and past its best, but it would be another two more years before the NER company fully delivered on its promise to build a new beautiful Railway Institute. Though the stone above the entrance states 1911, it was on Saturday the 8th of February 1913, eighty years after the founding of the Institute, that the new building on Redworth Road was formally opened by Arthur Francis Pease, a director of the North Eastern Railway Company. The new building, which still stands today, had been erected entirely at the company’s expense.